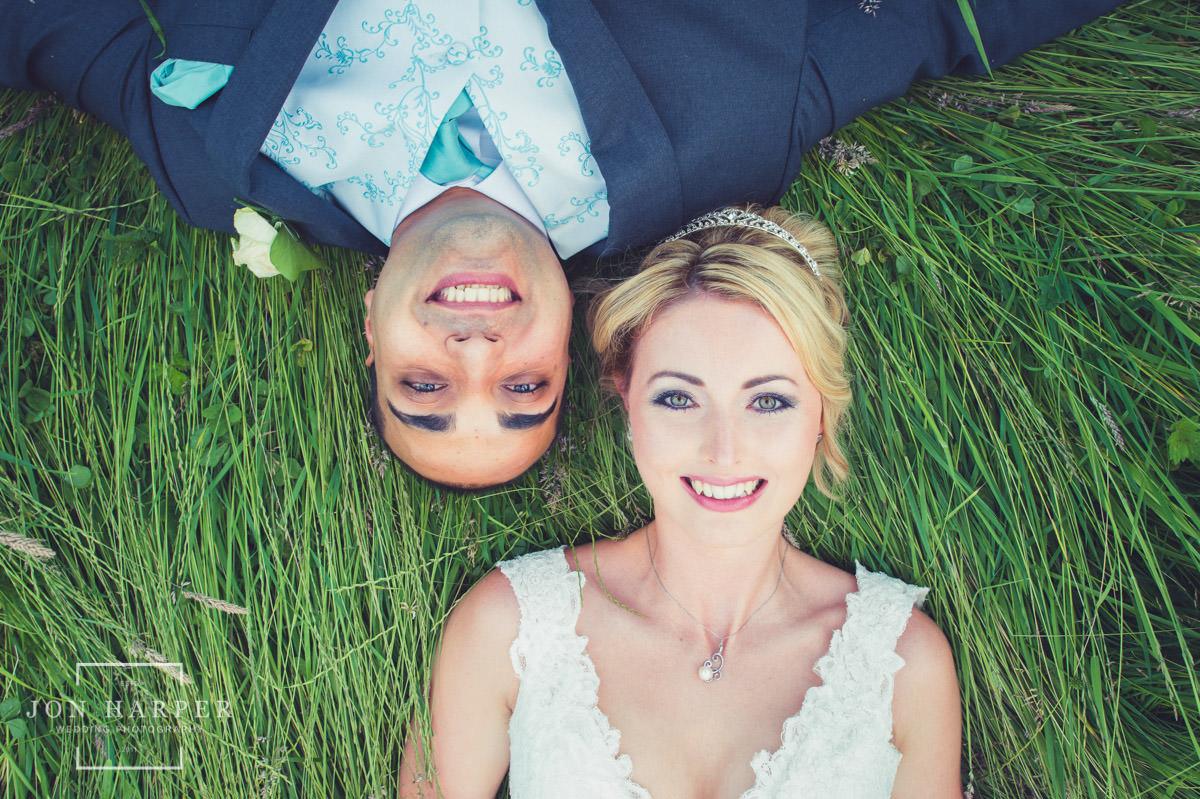 Well, its been a really busy 2016 wedding season here in the Cotswolds, with all of my available dates completely selling out and just over half of my dates for 2017 have now been snapped up too,  I really do feel blessed to say the least.  As I have been working flat out between weddings with all of my editing, and am now up to date, I have had the chance to sit down this afternoon and get on with blogging the lovely Cotswold wedding of Anna & Jake at Hyde Barn in Stowe, which is only 20 minutes up the road from the pretty little spa town of Cheltenham here in Gloucestershire which is perfect for me as a Cotswold wedding photographer.

I first met Anna & Jake at their friends wedding last year at another Cotswold venue in Chipping Campden, when Jake hobbled in on crutches after breaking his ankle - poor chap.  Within a week or so of the wedding they contacted me to see if I would be able to shoot theirs, and of course the answer simply had to be yes, as they really were such an awesome fun couple.

The day started out with Jake and the boys getting ready at the Porch House reportedly to be England's oldest Inn, dating way back to somewhere around 947 A.D and long before cameras were invented!  The Porch House is in the pretty little Cotswold village of Stowe on the Wold and really is truly delightful.

Anna and the girls had their bridal preparations at Hyde Barn which is absolutely perfect for getting ready.  There is a huge room called the Bridal Lounge with good natural lighting, plenty of mirrors and comfy sofas right above the barn, which means that there is a ton of room to spread out, hang dresses, get makeup and hair done without feeling hemmed in and cluttered, which is really important if you don't want lots of random stuff in the back grounds of your photographs.

There was such a buzz of delightful energy as the girls got ready, popping corks and grabbing selfies throughout the various stages of getting glammed up and ready for action and I was able to inconspicuously move about the room capturing really beautiful moments between Anna and her Mum as her mum helped out with her jewellery and the little glances of comfort offered by her sister who was also matron of honour.

Anna & Jake had gone to a great deal of trouble to make and find all of the awesome well thought out little details to dress the barn and to stamp their personalities all over it, and they bought to life the rustic feel that they were after with great imagination and vision.

The day was wet to start of with so we had to have the ceremony indoors.  The bridesmaids danced down the rose petal laden aisle which was a really cool idea and Anna soon followed arm and arm with her mum.  As they both really love their pets, even Mr Bunny got an invite along with their dog, it was so cool and a really nice touch that made it very personal to them both. After the ceremony the rain had stopped so everyone ventured out side for champagne and canapés and we grabbed a few shots of the happy couple catching up with friends and family.

Anna had asked me to take a photo of her being lifted up by the groomsmen, which is not usually my thing as I like stuff a little more fun and exciting.  I had the guys link arms and face each other whilst Anna lay across their arms.  On the count of three they flung her into the air which made a really fun and exciting set of pictures.  After she landed she was in fits of laughter and had another go.  It was so much fun and kept the guests well and truly amused.

After the most beautiful of speeches and amazing food,  the three of us went for a walk around sunset to get some lovely natural romantic pics.  We headed off through a field which was a lot of fun and eventually found an old disused cowshed.  We went for a little explore on the inside and managed to get some lovely photos before heading back to the barn ready for an the cutting of the most awesome cheese cake crafted by The Cotswold Cheese Co, and the first dance.

As it was chucking it down immediately after the ceremony, I had the confetti held back as we couldn't go outside to throw it, and thought it would look awesome if it was thrown during their first dance.  It was something a little different, but hey, I think the effect looks pretty cool and a little different to the norm.

Everyone was having an absolute blast on the dance floor so I opted to stay behind and just carry on shooting their guests letting their hair down and getting their boogie on.  At the end of the night we got a lovely snap ready for their thank you cards before I departed for home.

Hyde Barn is a really lovely venue here in the Cotswolds. Not only do you have Cheltenham close by, but you also have Gloucester with its rather epic Cathedral.  The barn itself is rather spacious as it the area outside for your guests to hang out in.  Their is a really lovely gazebo which is sanctioned for ceremonies outside should the weather behave itself.  The Bridal Lounge is to die for and I wish that other venues had this amount of space, it really is rather generous.  As for a backdrop for photographs, if you are happy with leaning against a fence or standing by a garden then its fine.  If like me, you like to push boundaries and want some really cool stuff, then you have to look for it - hence we found an awesome cowshed.  The awesome thing is, that you only have to head a minute or two down the road and there are places with backdrops for really awesome photographs, so its so not a worry at all.  As for the food, OMG - its amazing!  I had the lamb shank with dauphinoise potatoes and fresh veg in the most amazing jus.  The staff are really friendly and attentive and made sure that I was well hydrated with either water of soft drinks throughout the day - which goes a very long way in my book.  I have another Cotswold wedding at Hyde Barn in a couple of weeks time and I seriously can not wait to come back... its perfect.