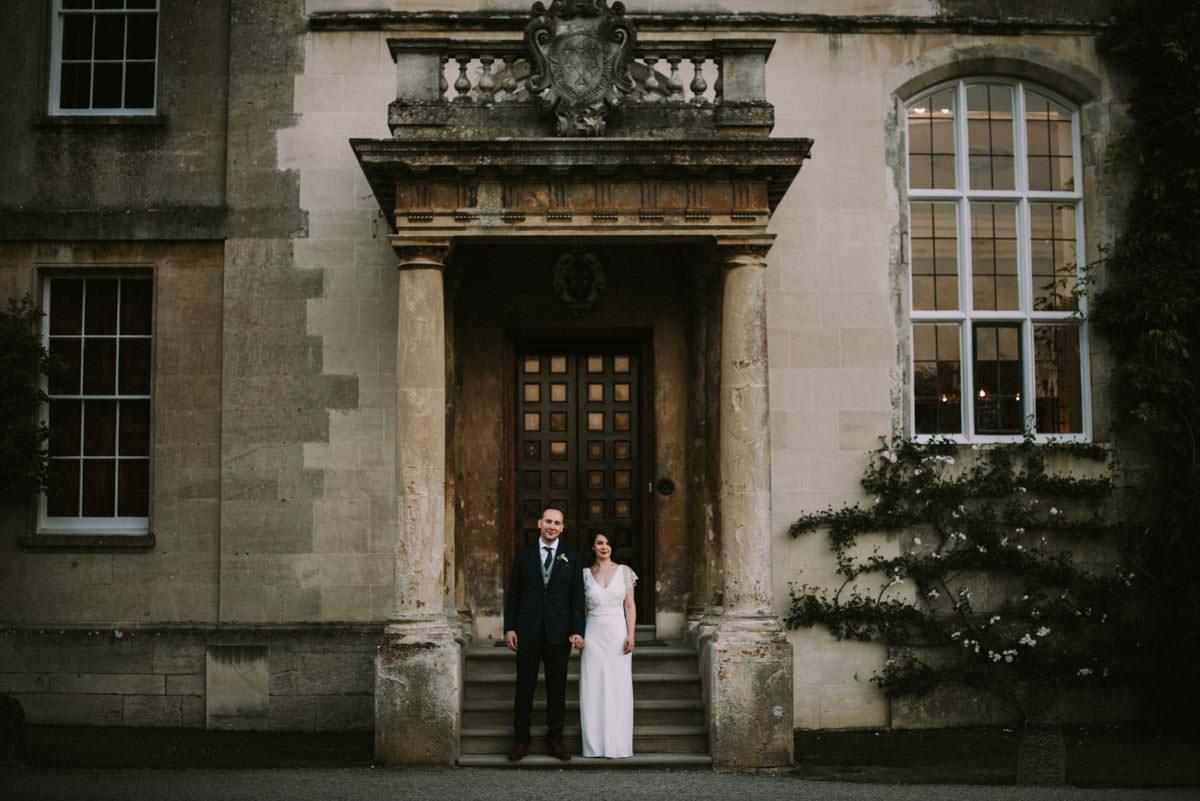 Elmore Court is one of those venues that seriously never ceases to amaze me as not only is it quite stunning, it also has a nice amount of quirk that can seriously stimulate the creative juices of a Fearless photographer such as myself.  Its only about 20 - 30 minutes from where Im based here in Cheltenham - Gloucestershire and is worth a serious look when seeking out that perfect venue.

Jon... Your blog of our Elmore Court wedding is so fantastic, We're so delighted with the selection you've put up and Im SO excited to see the rest!  The pics are looking bloody amazing, thank you So So much!  We spent most of yesterday evening looking through the collection again and again!   Victoria & Will X

I first heard from Victoria and Will in early 2016 and after what they had told me about the plans for their big day I felt quite blessed that I was going to be a part of it.  Will and his guys were going to be getting ready at Malmaison here in Cheltenham and had the penthouse suite booked out.  He had planned to get the guys all Lion's rugby shirts so that they could chill out and watch the game with a few beers before getting suited and booted.  Being from New Zealand and an avid All Black's supporter I swear that If it hadn't been such a hot day I would have rocked up to photograph the guys with my All Black's shirt on underneath.  To be honest I really wanted the Lions to score in the second half so I could nail the shot for them, but it just wasn't to be.  The All Blacks came through for me with a tidy win!

After spending some time with the guys I skipped it over to the village of Bredon where Victoria and her girls were getting glammed up by the one and only Kate from Blow LTD in-between a few glasses Veuve Clicquot.  I love the time during Bridal Preparations as there are so many little moments that are continuously happening and at a very fast rate too.  As the buzz begins to build its often quite hard for everyone getting ready to take it all in as the moments are over in a flash.  I realise that this time is so precious and with such moments needing to be captured, I simply go into Ninja mode as not to miss anything.  I have a thing about mirrors as I love the different perspective that they give when viewed from various angles and when mixed with my quirky arty side and bridal prep there is no shortage of cool shots to be had.

Now Victoria and Will were having a church ceremony in the little village of Bredon where she was bought up which was only a 2 minute walk from her parents home.  After the ceremony guests were treated to chilled Champagne served by the vintage bus drivers and conductors before everyone climbed aboard the double deckers and headed off down to Elmore Court.

On arrival at Elmore Court it was Champagne and Canapés on the lawn in the gorgeous sun where everyone had the opportunity to catch up with each other.  After half hour or so we grabbed a couple of group/family photos and then dove straight back into mixing and mingling before being called through for the wedding breakfast in the stunning Gillyflower.

After the speeches everyone headed back outside and as the sun was starting to set the three of us snuck off down in the lower field to get a few lovely pics.  I love this time as its the first time that the bride and groom actually get to be together alone (except for me sneaking through the grass).  This is the time where those beautiful moments are happening between the happy couple as they are just themselves so madly in love on such an epic day.  The moments are very natural and just happen.  As a documentary photographer all I do is capture them - Its seriously a very beautiful thing to not only witness this strong bond of pure love but to be entrusted to capture it.

As the sun slipped below the tree line the fire pit was lit and few more beers were necked and everyone started to get their groove on ready for the night ahead.  If you haven't been to Elmore Court and witnessed their bespoke dance floor, lighting and sound set up in the Gillyflower you are in for a treat.  I have never seen a venue get it as right as they have and when it goes off there, it really goes off.  Something tells me that the designers were most definitely briefed by someone not too far away that knows how to throw an epic party!

Well later in the evening Victoria and Will took to the dance floor, embraced and threw each other around before being joined by their guests.  After that, in true form the party ignited, I got my groove on and took to the dance floor with camera in hand.  I love getting in among the action and if its going off, Im there.  I love to have a boogie and capture the crazy light trails which really brings out the fun party atmosphere as everyone lets their hair down and goes nuts.

Now everyone that knows me knows that I LOVE my food and so I feel its always fair to blog my experiences in an unbiased way.  When Im working I eat pretty light and so I had opted for their veggie parcel wrapped in a very light filo pastry which was truly stunning.  Each time that I have been to Elmore Court the food, both meat and vegetarian options have been well thought out and are consistently divine.  I know that your guests will be very impressed with both the quality, presentation and portion size.

On the day Elmore Court's dynamic duo Rachel and Katrina were looking after everything and as usual it all ran like a fine Breitling.  The team at Elmore made sure that throughout the day I was looked after, fed and hydrated which goes a long way in my book.  Elmore Court is a beautiful place to host your wedding as there really is so much on offer.  Photographically speaking, you are really spoilt by choice with both amazing opportunities outside as well as inside the main house with staircases, halls and drawing rooms and outside there are wild flowers, fields and epic sunsets.  It really doesn't get much better than that.

Well after reading all that you deserve seeing some lovely photos.  I really try and limit the amount of images when blogging but to be fair when you have an awesome couple + an awesome venue like Elmore Court, you just have to throw the rules out the window.