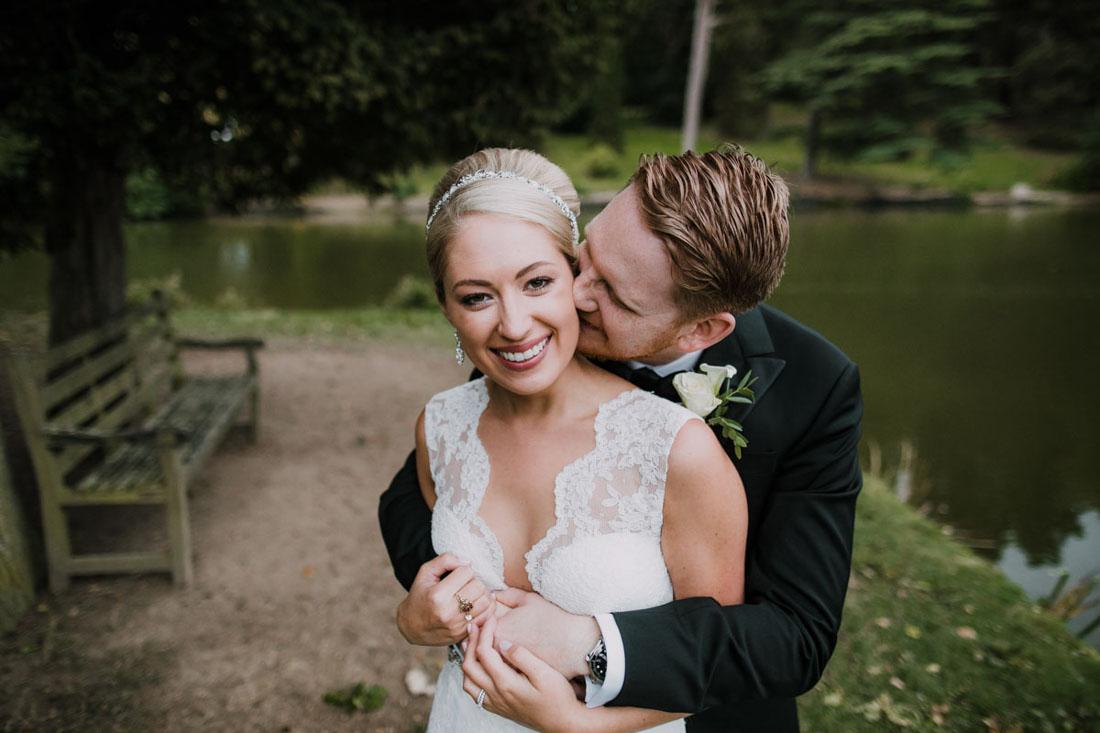 At the tail end of 2017, I was blessed to be able to document a wedding for Lauren and Oliver who are based in New York at the rather gorgeous Eastnor Castle in Herefordshire, which is the next county over to where I am based in Gloucestershire.

The castle is nestled in the foothills of the picturesque Malvern Hills and among 5000 acres of stunning parklands complete with woodlands, stunning vistas, its own lake, deer and on this day three very cute bow tie wearing alpacas!

Inside the castle its a feast for the eyes. The rooms are grand and opulent with some breathtaking features from furniture to curios to the most amazing suits of armour I think that I have ever seen and the views across the lake back towards the castle are straight out of a fairytale.

On the evening before the wedding, I arrived as Lauren & Oliver had planned to have a rehearsal dinner. This was something quite new to me as it seems to be more of an American tradition rather than an English one and to be honest it was a truly great experience. Everyone was gathered in the main reception hall for canapés and cocktails which was perfect for family and guests to mingle and catch up with each other.

The following morning I arrived early at the castle to start photographing Lauren's bridal preparations. This is always a great way to start telling the story of the couples day and to be honest, some of the most emotive and beautiful moments happen during this time. There were plenty of mirrors around to get creative with. A couple of my favourites were when Lauren's father walked into the room and saw his stunning daughter standing there ready to be walked down the staircase on his arm. They were met by a rather gobsmacked Oliver where he stepped in and took over from Lauren's dad and they walked down the aisle arm and arm together for their ceremony.

After the ceremony guests were greeted out on the terrace by the bow tie wearing alpacas and there were these cute little bags of alpaca treats so that the guests could feed them. We had a few photos of everyone enjoying themselves before being Lauren, Oliver and myself were driven around to the other side of the lake in one of the castles Landrovers.

Unfortunately, on the day we were not blessed with the most amazing weather and so we quite literally had 10 minutes to grab a few photographs before the heavens opened and the rain started again forcing us back to the castle just in time for the wedding breakfast.

Later in the evening, everyone was treated to a great band and firework display. The band had the dance floor completely full from start to finish, which is always a good sign that family and guests are having the most amazing time!

After the wedding when I was heading home to the Cotswolds, Lauren and Oliver were heading off to the Giraffe Hotel in Nairobi for the most amazing honeymoon before heading back to New York.